Black Elk was a famous wicasa wakan (holy man) of the Oglala band of the Lakota Tribe – part of The Great Sioux Nation. His Lakota name was Hehaka Sapa (Black Elk). He was born on The Little Powder River, near The Black Hills, in December 1863. His father was called Black Elk as was his father before him. Both Black Elk’s father and grandfather were medicine men and Black Elk too became a medicine man as it was his natural calling. 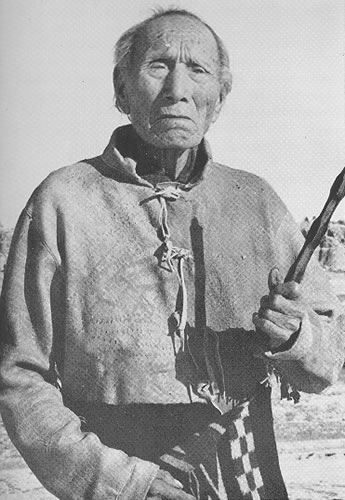 From a very early age, Black Elk was communicating with the spirit world. Aged five, he heard a voice calling him and saw two spirits coming flying towards him from the sky, telling him that the spirits were calling him to become a medicine man. In 1873, aged nine years old, Black Elk became ill and was in a coma for twelve days. During that time his spirit left his body and travelled into the spirit world where he was shown great truth. He was given the spirit name, Eagle Wing Stretches. A few years later Black Elk told part of his great vision to the tribal medicine man, Whirlwind Chaser. Then in the latter part of his life he told it all for the first time to a poet named John G Neihardt.

Black Elk was present at The Battle of Little Big Horn in 1873. He was just thirteen years old but he participated all the same. He was already showing signs of great courage. And then in 1877 when his cousin, Crazy Horse was killed, Black Elk knew that he had a great responsibility to follow in his cousin’s footsteps and become a great leader for his people. He was terrified, but after disclosing his thoughts to Whirlwind Chaser he became more focused. Eventually, he became a medicine man and he helped many people through the power given to him by the spirits. He had more visions about his power; and because he was given such great responsibility he became a Heyoka (clown).

In summer 1886, aged twenty two, Black Elk travelled to Chicago and New York with Buffalo Bill Cody’s Wild West Show. In 1887 he travelled across the ocean to England and France. It was on these journeys that Black Elk first encountered Christian belief. He felt that there was not much difference between the white man’s God and the Indian’s Great Spirit. When he was in Paris, Black Elk became ill again and had another out of body experience. He flew on top of a white cloud, across the ocean and home to Pine Ridge Indian Reservation in South Dakota.

Black Elk participated greatly in The Ghost Dancing that arose from The Messiah Craze that began in 1889. During the dancing he had another two visions which he believed in later years to be connected with the Christian Messiah, Jesus.

Black Elk displayed his great courage and spiritual power again in the Wounded Knee Massacre in 1890. Like his cousin Crazy Horse had done before him, he dreamed himself into a trance like state where he didn’t even have to dodge the bullets that were coming fast from the soldiers’ guns. However, his focus slipped as he rode his horse to the top of the bloody gorge for the second time, and he was wounded in the stomach.

Black Elk became a Christian in 1904, aged forty. He said about this “my children have to live in this world.” But although he gave up the yuwipi (medicine ceremony) he never gave up his Lakota faith and practiced it along with his Christian faith until he died in 1950.

In 1930 Black Elk met John Neihardt for the first time. Immediately, he knew that John was special to him and that he was sent by the spirits to save his vision for all peoples. In 1931 John returned to Black Elk’s cabin home outside Manderson, Pine Ridge. The two men held a series of talking sessions in which Black Elk’s son Ben translated into English Black Elk’s account of his life and his great vision. John Neihardt recorded the talks in the now famous book, Black Elk Speaks. Black Elk and John became great friends and seeded a dream together. The dream was for the vast truth of the vision to be made known to all hearts and minds of all peoples. According to Black Elk the vision prophesised that he would lead his people into a new world of peace and harmony among all of life. It was a beautiful dream – it is a beautiful dream and shall be fulfilled in the fullness of divine intention.

When the talks for Black Elk Speaks were done, Black Elk, John, Ben and John’s daughter Hilda made a trip to Harney Peak in The Black Hills. Standing on the high peak Black Elk felt he was standing in the centre of the world just as he had done in his great vision. He dressed in red to reflect how he was painted in his great vision, and with tears in his eyes he prayed to Grandfather Great Spirit. It was a beautiful day with clear blue skies but while Black Elk prayed and cried a little rain fell and a low rumble of thunder could be heard. It was the spirits answering him and telling him that his dream still had power. 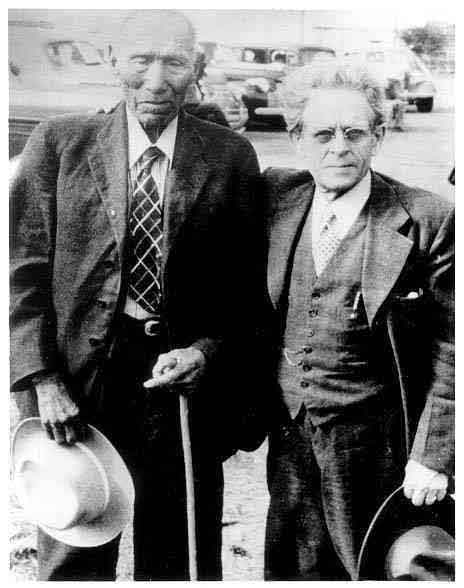 Footnote: Most of the above information is taken from published works such as Black Elk Speaks. The more personal information is derived from Eliza White Buffalo’s conversations with Black Elk; therefore it should be taken as Eliza’s personal account of Black Elk’s experiences and not as fact.

2020 and Black Elk is being recognized world over as a holy man, and as a spirit guide of celestial frequency. The Catholic Church recognizes him as ‘Blessed’ which is the religion he practiced in his older life. However, I don’t recognize this religion as being part of his spirit any longer. I do, however recognize that he is blessed, sanctified in his own divine heart, and mine.